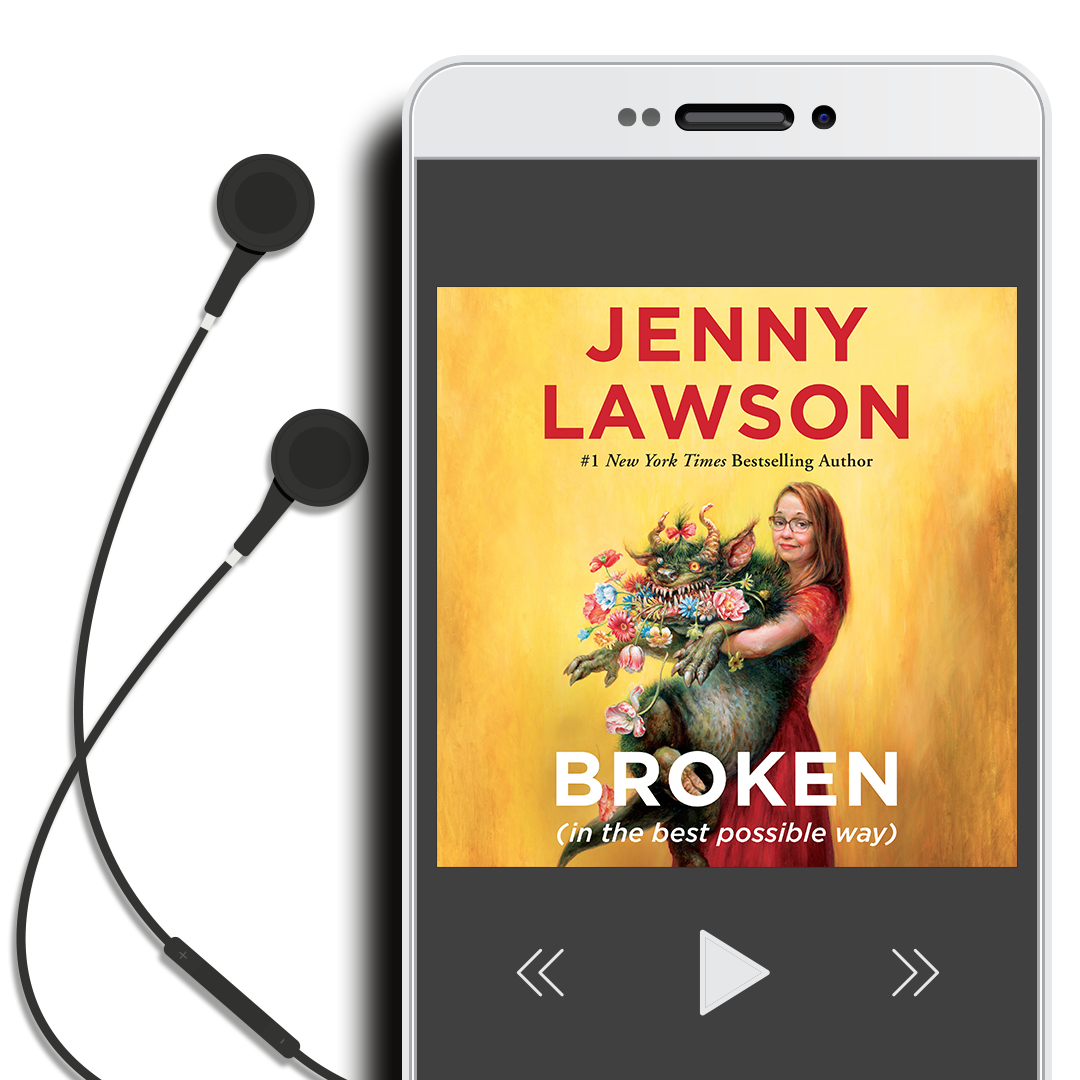 Broken (in the best possible way)

Read by the author

From the #1 New York Times bestselling author of Furiously Happy and Let’s Pretend This Never Happened comes a deeply relatable audiobook filled with humor and honesty about depression and anxiety.

As Jenny Lawson’s hundreds of thousands of fans know, she suffers from depression. In Broken, Jenny brings listeners along on her mental and physical health journey, offering heartbreaking and hilarious anecdotes along the way.

“Jenny Lawson is extremely funny because she is extremely honest. Lawson’s relentless pursuit of authenticity is the source of the darkly hilarious prose found within this memoir of depression—a memoir that is unexpectedly inspiring and comforting but not unexpectedly endearing. Because to read Jenny Lawson is to love Jenny Lawson.” —Augusten Burroughs, #1 New York Times bestselling author of Running with Scissors