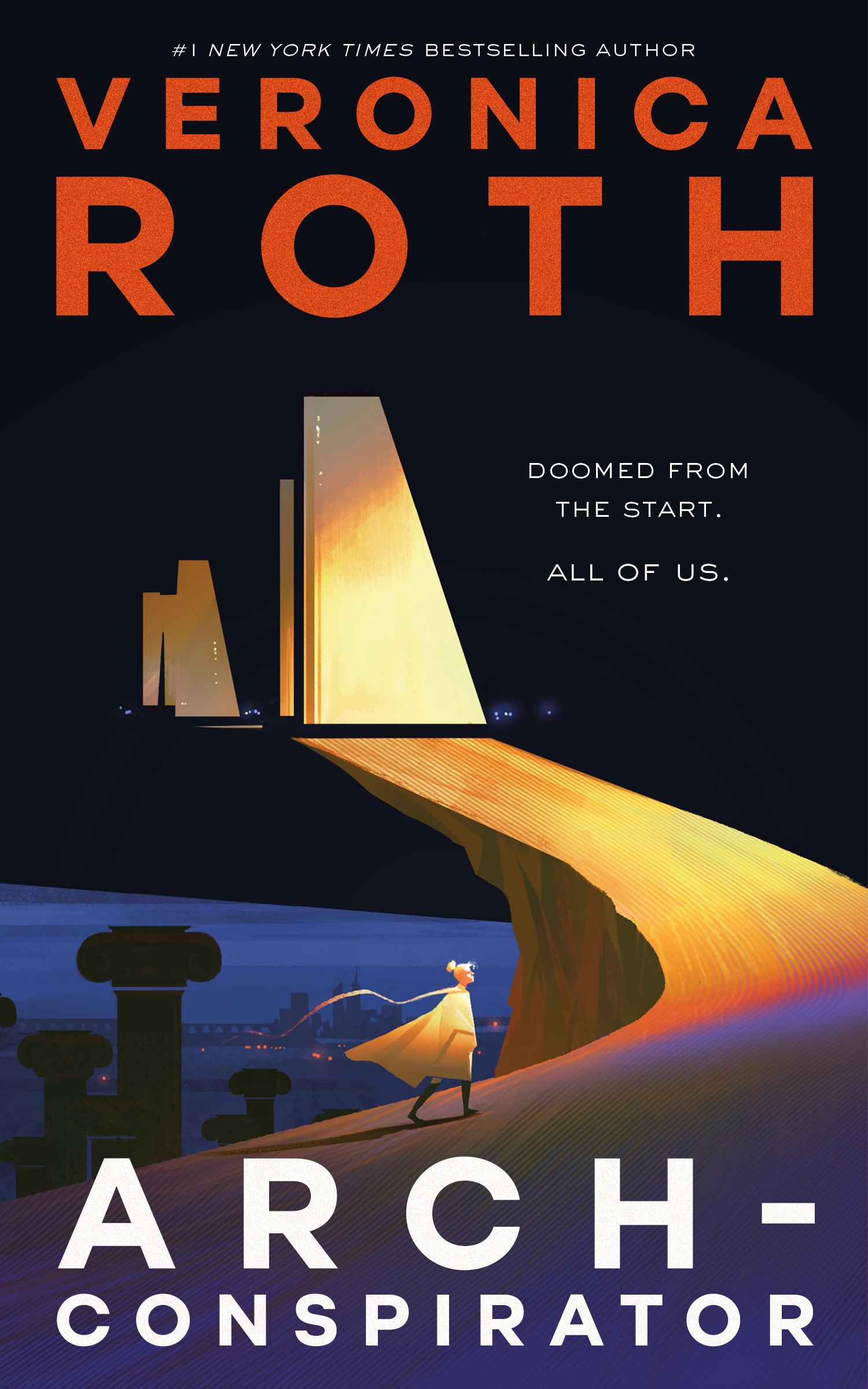 From dystopian visionary & bestselling phenomenon Veronica Roth comes a razor-sharp reimagining of Antigone. In Arch-Conspirator, Roth reaches back to the root of legend and delivers a world of tomorrow both timeless and unexpected.

“A gut punch of a story. Roth takes everything fragile about love, everything powerful about certain doom, and blooms with it. You’ll be holding your breath until the very last word.”
—Olive Blake, New York Times bestselling author of The Atlas Six

Outside the last city on Earth, the planet is a wasteland. Without the Archive, where the genes of the dead are stored, humanity will end.

Passing into the Archive should be cause for celebration, but Antigone’s parents were murdered, leaving her father’s throne vacant. As her militant uncle Kreon rises to claim it, all Antigone feels is rage. When he welcomes her and her siblings into his mansion, Antigone sees it for what it really is: a gilded cage, where she is a captive as well as a guest.

But her uncle will soon learn that no cage is unbreakable. And neither is he.