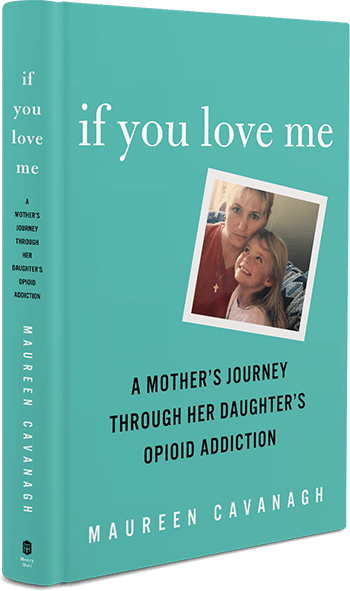 Maureen Cavanagh’s gripping memoir is the story of a mother who suddenly finds herself on the frontlines of the opioid epidemic as her daughter battles—and ultimately reckons with—substance use disorder.

Fast-paced and heartwarming, devastating and redemptive, Maureen’s incredible odyssey into the opioid crisis—first as a parent, then as an advocate—is ultimately a deeply moving mother-daughter story. When Maureen and her ex-husband Mike see their daughter Katie’s needle track marks for the first time, it is a complete shock. But, slowly, the drug use explains everything—Katie’s constant exhaustion, erratic moods, and all those spoons that have gone missing from the house. Once Mike and Maureen get Katie into detox, Maureen goes to sleep that night hoping that in 48 hours she’ll have her daughter back. It’s not that simple.

Like the millions of parents and relatives all over the country—some of whom she has helped through her nonprofit organization—Maureen learns that recovery is neither straightforward nor brief. She fights to save Katie’s life, breaking down doors on the seedy side of town with Mike, kidnapping Katie outside a convenience store, and battling the taboo around substance use disorder in her picturesque New England town. Maureen is launched into the shadowy world of overcrowded, for-profit rehabilitation centers that often prey on worried parents. As Katie runs away from one program after another, never outrunning her pain, Maureen realizes that even while she becomes an expert on getting countless men and women into detox and treatment centers, she remains powerless to save her own daughter. Maureen’s unforgettable story brings the opioid crisis out of the shadows and into the house next door.