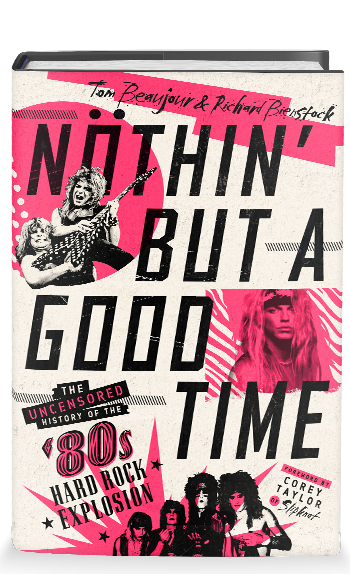 A no-holds-barred oral history of the 1980s hard rock era, told by the musicians themselves.

“An epic tale told by the people that lived it. It’s a backstage pass to the wildest and loudest party in rock history—you’ll feel like you were right there with us!”
—Bret Michaels of Poison

“If you want to relive the explosive decade, this is as close as you’re gonna get.”
—Stephen Pearcy of Ratt

“A fun, funny, and frightening chronicle of the so-called ‘Decade of Decadence’ with interviews from every major player in the scene.” —Kory Grow, Rolling Stone