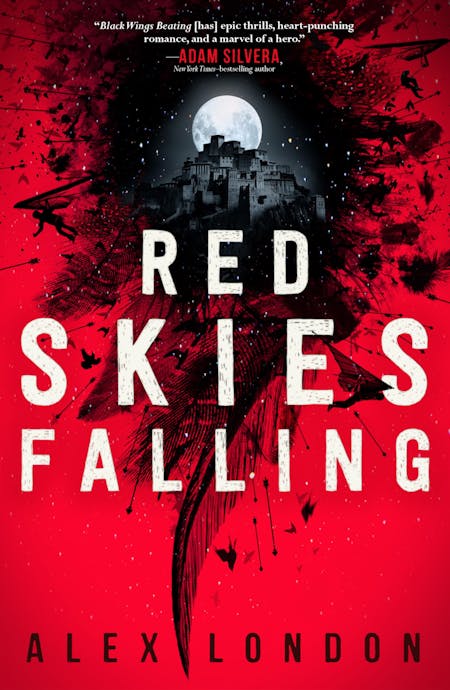 In Red Skies Falling, Alex London’s thrilling sequel to Black Wings Beating, the epic fantasy Skybound Saga continues as twins Kylee and Brysen are separated by the expanse of Uztar, but are preparing for the same war—or so they think.