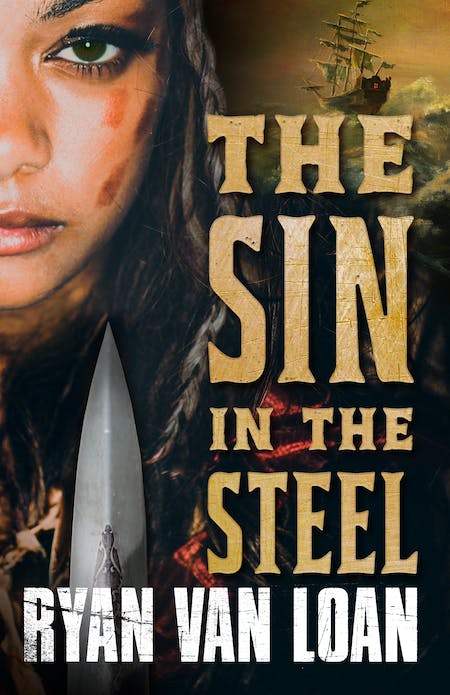 Ryan Van Loan’s The Sin in the Steel is a sparkling debut fantasy set in a diverse world, featuring dead gods, a pirate queen, shapeshifting mages, and a Sherlockian teenager determined to upend her society.

Heroes for hire. If you can pay.

Buc and Eld are the first private detectives in a world where pirates roam the seas, mages speak to each other across oceans, mechanical devices change the tide of battle, and earthly wealth is concentrated in the hands of a powerful few.

It’s been weeks since ships last returned to the magnificent city of Servenza with bounty from the Shattered Coast. Disaster threatens not just the city’s trading companies but the empire itself. When Buc and Eld are hired to investigate, Buc swiftly discovers that the trade routes have become the domain of a sharp-eyed pirate queen who sinks all who defy her.

Now all Buc and Eld have to do is sink the Widowmaker’s ship….

Unfortunately for Buc, the gods have other plans.

Unfortunately for the gods, so does Buc.