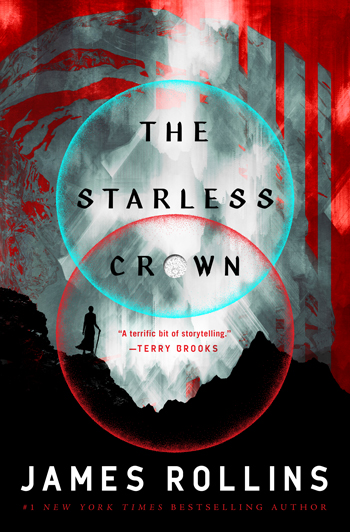 “This talented storyteller moves smoothly from Thriller to Fantasy. A terrific bit of storytelling.” —Terry Brooks

An alliance embarks on a dangerous journey to uncover the secrets of the distant past and save their world in this captivating, deeply visionary adventure from #1 New York Times bestselling thriller-master James Rollins.

A gifted student foretells an apocalypse. Her reward is a sentence of death.

Fleeing into the unknown she is drawn into a team of outcasts:

A broken soldier, who once again takes up the weapons he’s forbidden to wield and carves a trail back home.

A drunken prince, who steps out from his beloved brother’s shadow and claims a purpose of his own.

An imprisoned thief, who escapes the crushing dark and discovers a gleaming artifact—one that will ignite a power struggle across the globe.

On the run, hunted by enemies old and new, they must learn to trust each other in order to survive in a world evolved in strange, beautiful, and deadly ways, and uncover ancient secrets that hold the key to their salvation.

But with each passing moment, doom draws closer.

WHO WILL CLAIM THE STARLESS CROWN?

“A masterful storyteller across the genres, James is at his best in The Starless Crown.” —R.A. Salvatore