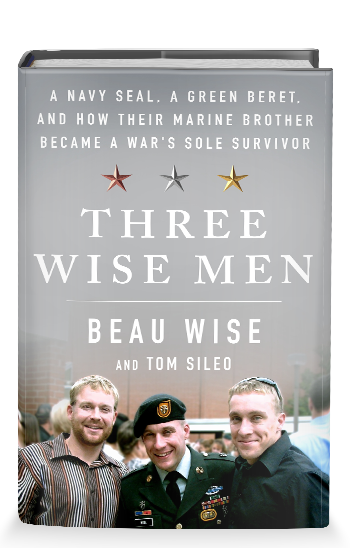 “A story of uncommon heroism . . . a tribute to the Wise brothers, their family, and the legacy of patriotism they left in their service to our great nation.” —Leon Panetta, former CIA Director and Defense Secretary

“Many American families have sacrificed much for our freedom, but few if any in modern times have given as much as the Wise family . . . Theirs is the story of true heroes—those who gave their lives as well as those who remain to carry on and honor the memory of Jeremy and Ben . . . It is a story that needs to be told and more importantly, needs to be read and shared.”
—Mike Huckabee, 44th Governor of Arkansas

“A poignant look at love & loss; sacrifice & honor. I’m reminded of Lincoln’s famous letter to the mother who lost her sons on the altar of freedom.” —Mike Beebe, 45th Governor of Arkansas

“Beau Wise has not only paid tribute to Jeremy and Ben, but all who’ve served and sacrificed during the post-9/11 wars our military has fought. We are all brothers and sisters in arms.” —Flo Groberg, Medal of Honor recipient