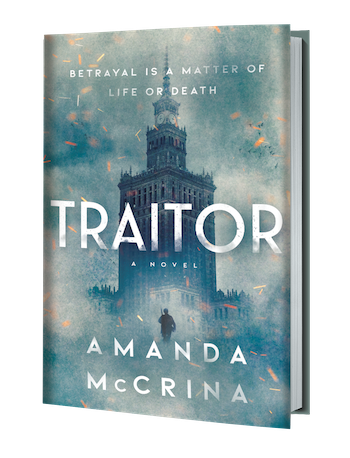 Tolya Korolenko is half Ukrainian, half Polish, and he joined the Soviet Red Army to keep himself alive and fed. When he not-quite-accidentally shoots his unit’s political officer in the street, he’s rescued by a squad of Ukrainian freedom fighters. They might have saved him, but Tolya doesn’t trust them— especially not Solovey, the squad’s war-scarred young leader, who has plenty of secrets of his own.

Where will your loyalties lie?