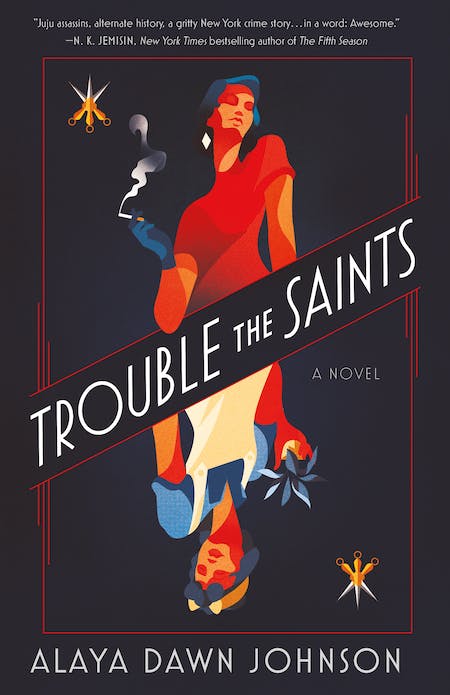 The dangerous magic of The Night Circus meets the powerful historical exploration of The Underground Railroad in Alaya Dawn Johnson’s timely and unsettling novel, set against the darkly glamorous backdrop of New York City, where an assassin falls in love and tries to fight her fate at the dawn of World War II.

“Beware this magnificent beguilement of a novel: once begun, Alaya Dawn Johnson’s Trouble the Saints won’t let you go.” —Kelly Link, New York Times bestselling author of Get In Trouble.