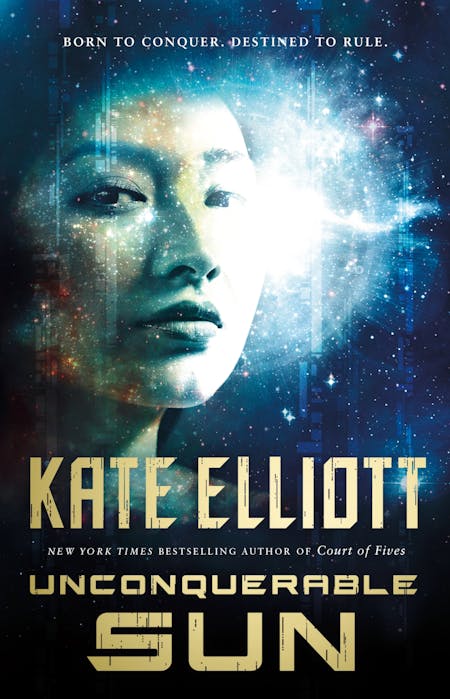 “This is the kind of space opera that immediately grabs my imagination–and Kate Elliot makes reading it even better.”  —Ann Leckie

Growing up in the shadow of her mother, Eirene, has been no easy task. The legendary queen-marshal did what everyone thought impossible: expel the invaders and build Chaonia into a magnificent republic, one to be respected—and feared.

But the cutthroat ambassador corps and conniving noble houses have never ceased to scheme—and they have plans that need Sun to be removed as heir, or better yet, dead.

To survive, the princess must rely on her wits and companions: her biggest rival, her secret lover, and a dangerous prisoner of war.

Take the brilliance and cunning courage of Princess Leia—add in a dazzling futuristic setting where pop culture and propaganda are one and the same—and hold on tight:

This is the space opera you’ve been waiting for.