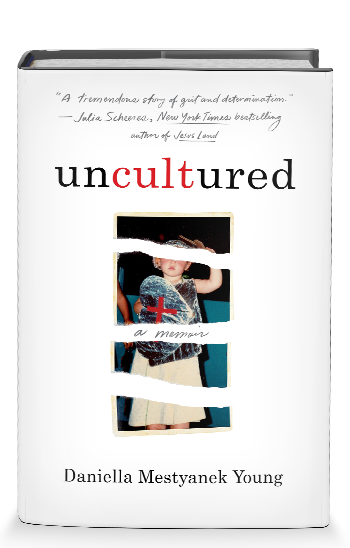 In the vein of Educated and The Glass Castle, Uncultured is a memoir about growing up in a religious cult and later joining the U.S. Army. It reveals the life of a woman who, no matter the lack of tools given to her, is determined to overcome.

“I let out a gasp, as a sharp thought pierces my consciousness: Did I just join another cult?”
—from Uncultured

“Searing . . . elegantly and intricately intertwines the worlds of religious cult and military.”
—Ryan Leigh Dostie, author of Formation and US Army veteran