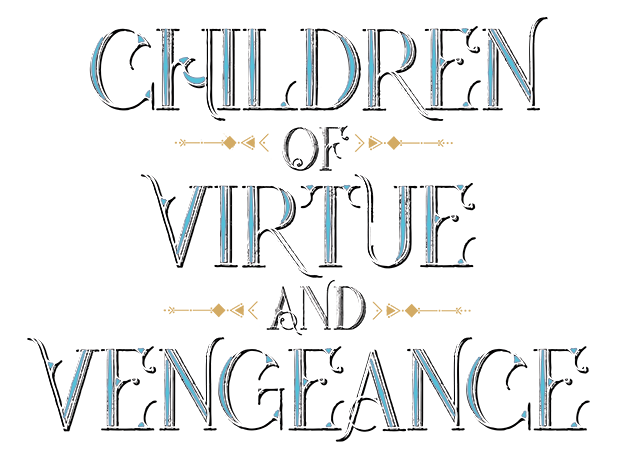 Father used to say that Orïsha waits for no one.

They were the words he used to justify any action. An excuse to excuse everything.

As the flames around Baba’s casket burn before me, the sword I sent through my own father’s chest hangs heavy in my belt. Saran’s body was never recovered from the ritual grounds.

Even if I wanted to bury him, I couldn’t.

“We should go,” Tzain says. “Your Mother’s message will be here soon.”

I trail a few steps behind him and Zélie as we leave the shore and enter the warship we stole to get to the ritual grounds. The iron ship’s been our home since we brought magic back weeks ago, yet the snow leopanaires engraved along its walls still put me on edge. Every time I pass Father’s old seal, I don’t know whether to cry or scream. I don’t know if I’m allowed to feel anything.

I glance back at the captain’s high-pitched call. Families line up across the dock, handing over gold pieces as they board a small mercenary ship.

Bodies cram below the rusted deck, escaping Orïsha’s borders to seek peace across foreign waters. Each sunken face sticks another needle of guilt into my heart. While I heal and lick my wounds, the entire kingdom still suffers from Father’s scars.

There’s no more time for me to hide. I have to take my place on Orïsha’s throne. I am the only one who can usher in an era of peace. The queen who can fix everything my father broke.

Conviction warms my chest as I join the others in the frigid captain’s quarters. It’s one of the few rooms on the ship free of majacite: the special ore the monarchy used to burn the maji and neutralize their powers. Every comfort that once filled the room has been stripped away, traded so we could survive.

Tzain sits on the bare bed, scraping the last grains of rice from a tin cup. Zélie rests on the metal floor, half-buried in her lionaire’s golden coat. The massive ryder lies across Zélie’s lap, lifting her head to lick the tears that fall from Zélie’s silver eyes. I force myself to look away as I reach for my own meager ration of rice.

It’s only been a half moon since I sent word to Mother back in Lagos, but it feels like I’ve been waiting an eternity for her to respond. With her support, I can ascend to Orïsha’s throne. I can finally right my Father’s wrongs. Together we can create a land where the maji don’t have to live in fear. We can unite this kingdom and erase the divisions that have plagued Orïsha for centuries.

“Don’t worry.” Tzain squeezes my shoulder. “No matter what she says, we’ll figure it out.”

He moves to check on Zélie and my chest tightens; I hate the part of me that hates what they still have. Only three weeks have passed since Father’s blade tore through my brother’s gut, and I’m already starting to forget the growl in Inan’s voice. Every time it happens, I have to grind my teeth to keep the heartache in. Perhaps when Mother and I are reunited, the gaping hole in my heart might actually start to heal.

“Incoming.” Zélie points to the silhouette moving in the warship’s dark halls. I tense as the tarnished door groans open, revealing our messenger. Roën shakes the rain from his black hair, the silky strands clumping together in waves that fall along his square jaw. With skin like desert sand and eyes like teardrops, the mercenary always looks out of place in a room full of Orïshans.

The lionaire’s ears perk up as Roën kneels, removing a thick parcel from his pack. Nailah nearly knocks Roën over when he unties the binds, revealing a glistening array of fish. I’m surprised when a small smile finds its way to Zélie’s lips.

“Thank you,” she whispers.

Roën nods, holding her gaze. I have to clear my throat before he rises to face me.

Roën pushes his tongue into his cheek and drops his gaze to the ground. “There was an attack. No word’s gotten in or out of the capital.” “An attack?” My chest clenches as I think of Mother holed up in the palace. “How?” I rise to my feet. “When? Why?”

“They’re calling themselves the Iyika,” Roën explains. “The ‘revolution.’ The maji stormed Lagos when their powers came back. Word is their attack made it all the way to the palace.”

I brace myself against the wall, sliding down to the grated floor. Roën’s lips keep moving, but I can’t make out the words. I can’t hear anything at all.

“No one’s heard from her since.” Roën looks away. “With you hiding out here, people think the royal line’s dead.”

Tzain rises to his feet, but I put up a hand, forcing him to stay back. If he so much as breathes near me, I’ll unravel. I’ll be less than the hollow shell I already am. Every plan I made, every hope I had—in seconds, they’re all gone. If Mother’s dead . . .

I really am all alone.

“It’s hard to pin down,” Roën says. “Their forces are small, but lethal.

They’ve carried out noble assassinations all over Orïsha.”

“So, they’re out for royal blood?” Zélie’s brows knit and we lock eyes. We’ve barely spoken since the ritual went awry. It’s nice to see she still cares about me.

“It seems that way.” Roën shrugs. “But because of the Iyika, the military’s hunting maji like dogs. Entire villages are being cleared out. The new admiral’s all but declared war.”

I close my eyes and run my hands through the new waves in my hair. The last time Orïsha was at war, Burners nearly wiped out the royal bloodline. Years later, Father struck back with the Raid. If war breaks out again, no one will be safe. The kingdom shall tear itself apart.

Orïsha waits for no one, Amari.

The ghost of Father’s voice rings through my head. I drove my sword into his chest to free Orïsha from his tyranny, but now the kingdom’s in chaos. There’s no time to grieve. No time to wipe my tears. I vowed to be a better queen.

If Mother is no longer here, fulfilling that vow now falls on me.

“I’ll address the public,” I decide. “Take control of the kingdom. Bring back stability and end this war.” I get back on my feet, pushing my plans above my grief. “Roën, I know I’m in the red with you, but if I could just ask for a little more of your help—”

“I hope you’re joking.” All compassion disappears from the mercenary’s tone. “You realize that no contact with your mother means you still owe me my weight in gold?”

“The ship you’re still squatting on?” Roën arches his brow. “The ship my men and I stole? I have families waiting to escape across the sea. This ship isn’t payment. It’s driving up what you owe me!”

“When I claim the throne, I’ll get access to the royal treasuries,” I say. “Help me set up a rally, and I’ll pay you double what I owe. Just a few more days, and the gold is yours!”

“You have one night.” Roën pulls up the hood on his rain cloak. “Tomorrow this ship sets sail. If you’re not off it, you’re going in the ocean. You lot can’t afford the fare.”

I intercept his path, but it doesn’t stop him from blowing out the door. The grief I attempt to push down threatens to break as Roën’s footsteps disappear under the trickling rain.

“We don’t need him.” Tzain comes to my side. “You can take the throne on your own.”

“I don’t have a gold piece to my name. In what world will anyone believe I have a legitimate claim?”

Tzain pauses, stumbling back as Nailah passes between our feet. Her wet nose sniffs the grated floor, searching for more fish meat. I think of the meal Roën gifted her and look to Zélie, but Zélie shakes her head.

“He already said no.”

“Because I asked!” I nearly sprint across the room. “You convinced him to take a crew of men to a mythical island in the middle of the sea. You can persuade him to help us out with a rally.”

“We already owe him gold,” she says. “We’re lucky enough to be leaving Jimeta with our heads!”

“Without his help, what other choice do we have?” I ask. “If Lagos fell when magic came back, Orïsha has been without a ruler for almost a moon. If I don’t gain control now, I won’t be able to take the throne at all!”

Zélie rubs the back of her neck, fingers passing over the new golden marks along her skin. The ancient symbols have been there since the ritual, each curved line and delicate dot shimmering like it was tattooed by the smallest needle. Though they’re beautiful, Zélie covers them the same way she covers her scars. With shame.

As if the very sight of either causes her pain.

“Zélie, please.” I kneel before her. “We have to try. The military’s hunting maji—”

“I can’t be expected to carry the plight of my people forever.”

Her coldness catches me off guard, but I don’t give up. “Then do it for Baba. Do it because he gave his life for this cause.”

Zélie’s shoulders slump and she closes her eyes, taking a deep breath. The pressure lifts in my chest when she rises to her feet.

“I’m not making any promises.”

“Just try your best.” I cover her hand with mine. “We’ve sacrificed far too much to lose this fight.” 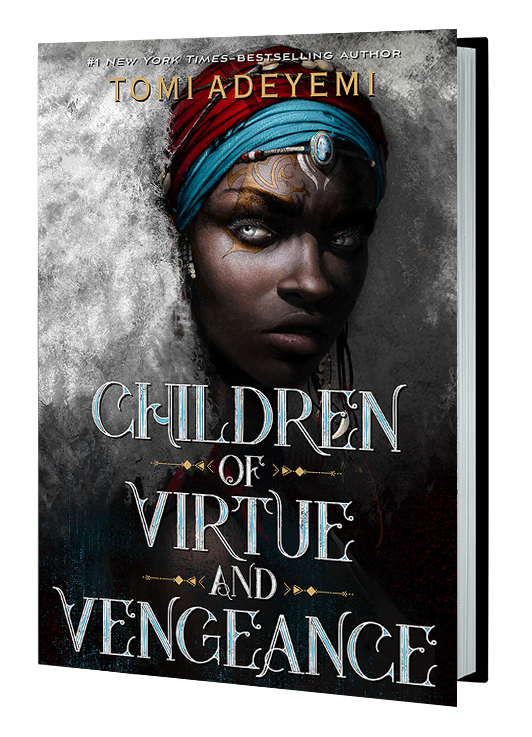