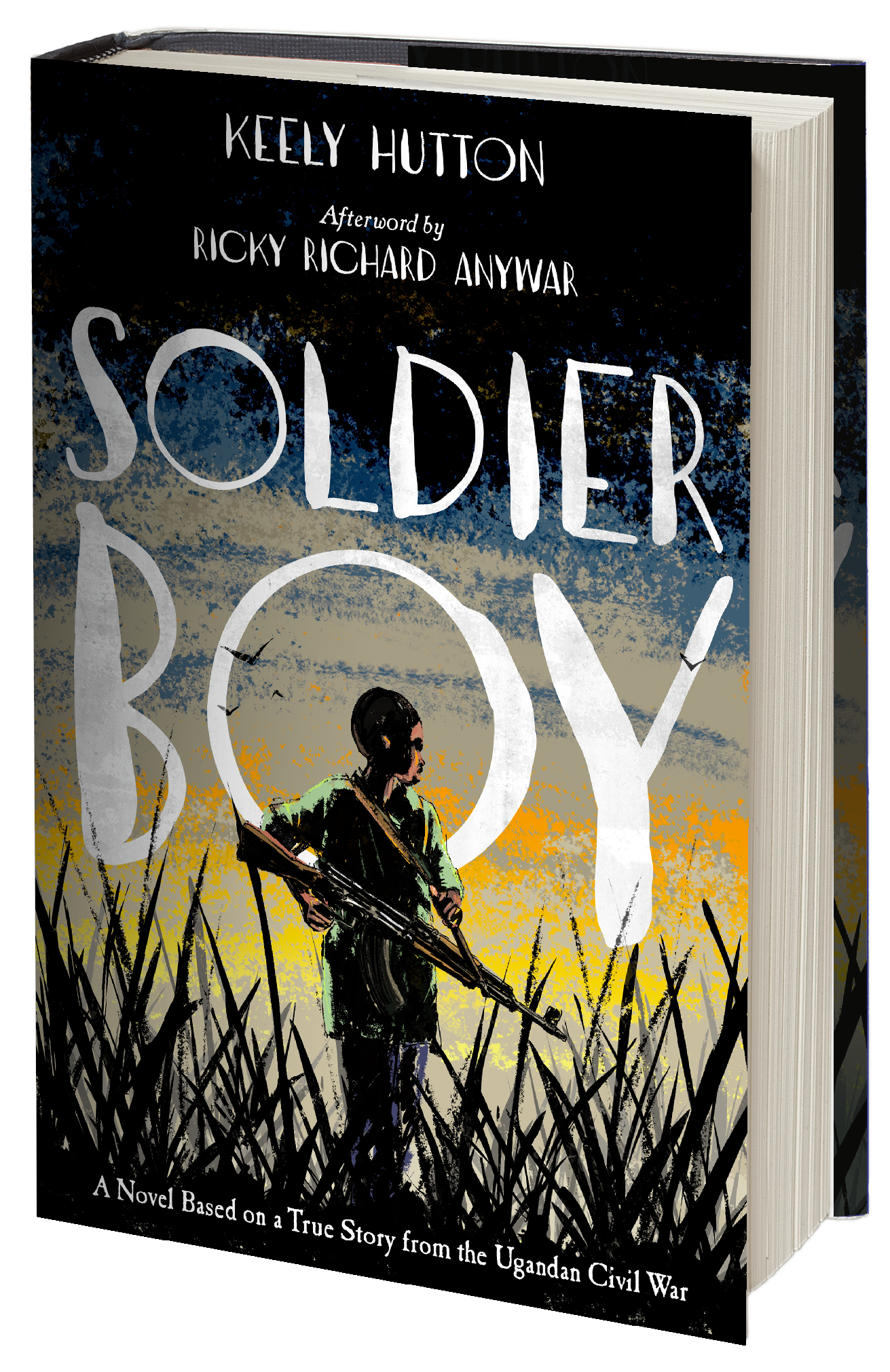 An unforgettable novel based on the life of Richard Ricky Anywar, who at age fourteen was forced to fight as a soldier in the guerrilla army of notorious Ugandan warlord Joseph Kony

Here is the astonishing true story of Ricky Richard Anywar, abducted in 1989 at age fourteen by Joseph Kony’s rebel army in the Ugandan civil war (one of Africa’s longest-running conflicts). Ricky is trained, armed, and sent to battle government troops alongside his brutal kidnappers, but over his two and a half years of enslavement, he never stops dreaming of escape.

Here also is the story, set twenty years later, of a fictional character named Samuel, a boy deathly afraid of trusting anyone ever again, and representative of the thousands of child soldiers Ricky has helped rehabilitate as founder of the internationally acclaimed charity Friends of Orphans.

Working closely with Ricky himself, Keely Hutton has written a powerful, life-affirming novel about its two young heroes’ unbreakable spirit and indomitable courage in the face of unimaginable horror.

Find out more about Friends of Orphans, and how you can help make a difference.

"Over the years I have read many novels and memoirs about children and warfare in modern Africa, but Soldier Boy stands out as one of the very best. Based on actual historical events, this compelling novel is a story of great violence and pain, but it is also one of tremendous strength, courage, and resilience. I will definitely be assigning this book to my students for many years to come."—Alicia Catharine Decker, Associate Professor, Pennsylvania State University, author of In Idi Amin's Shadow: Women, Gender, and Militarism in Uganda

☆ "The novel is a visceral indictment of man's inhumanity to man while also celebrating human beings' ability to empathize and to rescue those who desperately need saving. For a similar reading experience refer readers to Patricia McCormick's Never Fall Down (2012)."—Booklist, starred review

Keely Hutton is an educational journalist and former teacher. She is the recipient of the Highlights Foundation Writers Workshop scholarship at Chautauqua. Since 2012, she has been working closely with Ricky Richard Anywar to tell his story. Soldier Boy is her first novel.

Download the fundraising guide and help support Friends of Orphans and the children that they protect and aid every day.