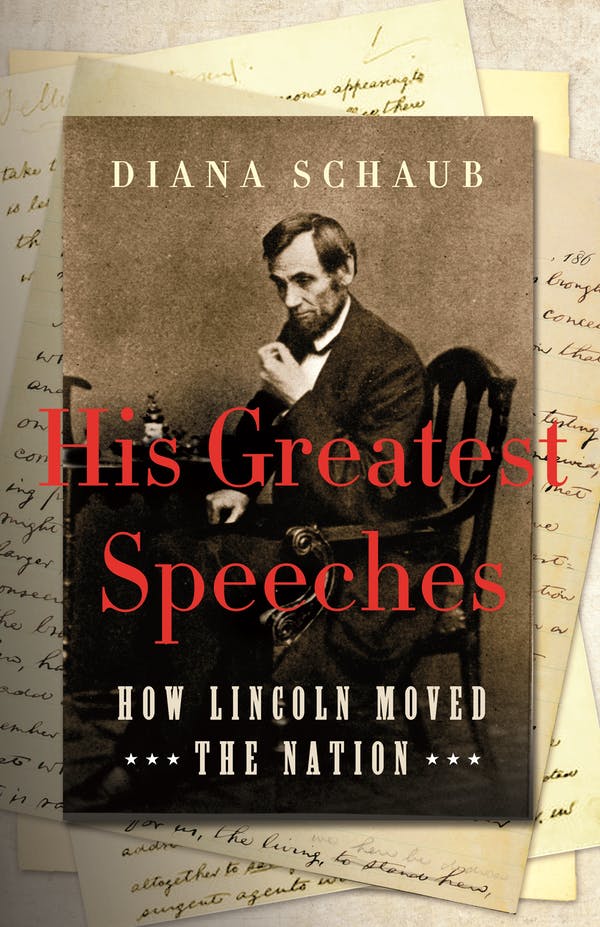 Complete the form by December 5, 2021 to enter for your chance to win 1 of 10 hardcover copies of His Greatest Speeches by Diana Schaub!

An expert analysis of Abraham Lincoln's three most powerful speeches reveals his rhetorical genius and his thoughts on our national character.

Abraham Lincoln believed that our national character was defined by three key moments: the writing of the Constitution, our declaration of independence from England, and the beginning of slavery on the North American continent. His thoughts on these landmarks can be traced through three speeches: the Lyceum Address, the Gettysburg Address, and the Second Inaugural. The latter two are well-known, enshrined forever on the walls of the Lincoln Memorial. The former is much less familiar to most, written a quarter-century before his presidency, when he was a 28-year-old Illinois state legislator.

In His Greatest Speeches, Professor Diana Schaub offers a brilliant line-by-line analysis of these timeless works, placing them in historical context and explaining the brilliance behind their rhetoric. The result is a complete vision of Lincoln’s worldview that is sure to fascinate and inspire general readers and history buffs alike. This book is a wholly original resource for considering the difficult questions of American purpose and identity, questions that are no less contentious or essential today than they were over two hundred years ago.