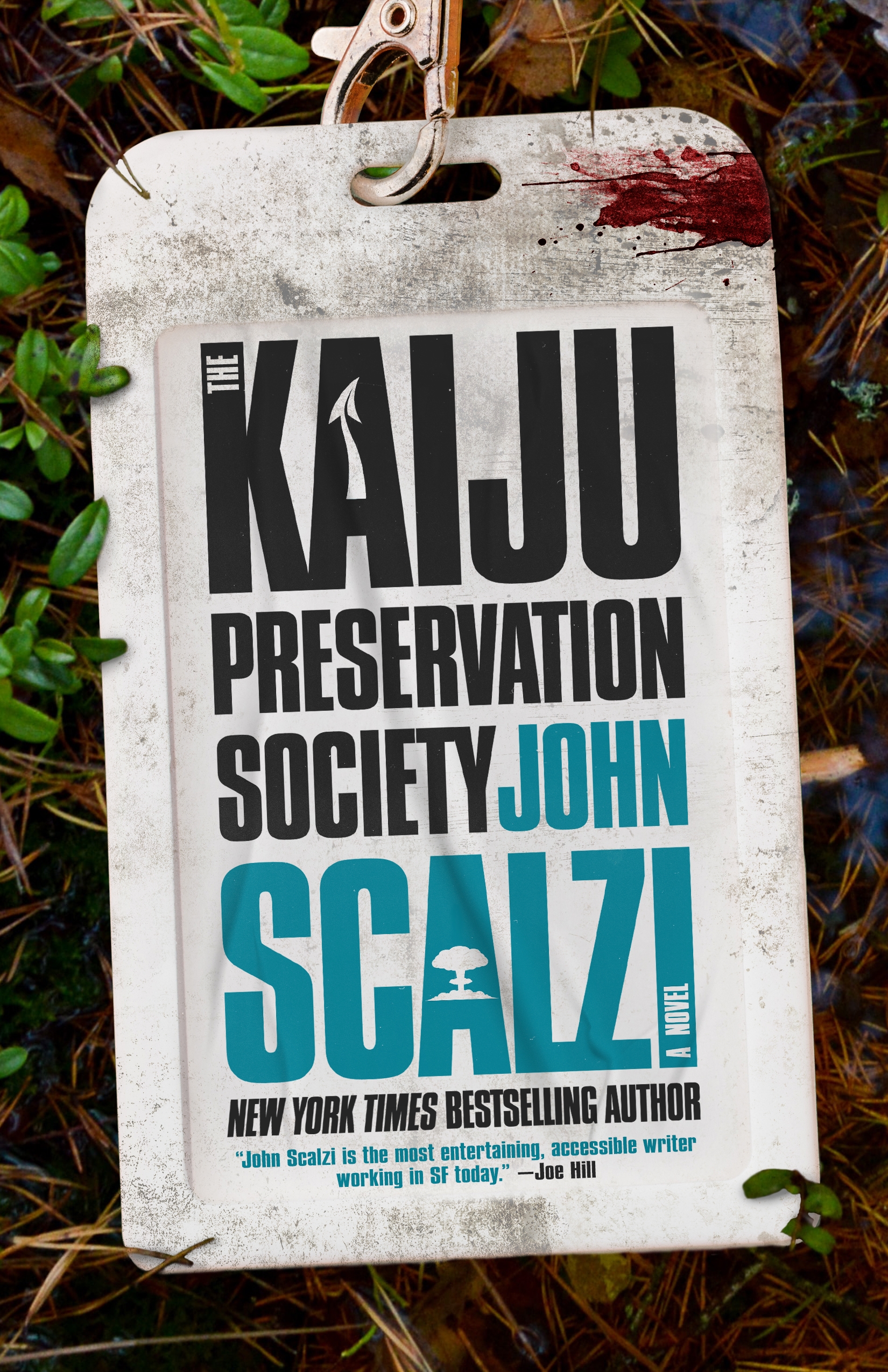 Enter by December 17th, 2021 for a chance to win an ARC of The Kaiju Preservation Society by John Scalzi!

“This is Scalzi having a lot of fun.” —Booklist, starred review

On an alternate Earth, massive dinosaur-like creatures named Kaiju roam a warm and human-free world. They're the universe's largest and most dangerous pandas, and they're in trouble.

It's not just the Kaiju Preservation Society whose found their way to the alternate world. Others have, too. And their carelessness could cause millions back on our Earth to die.