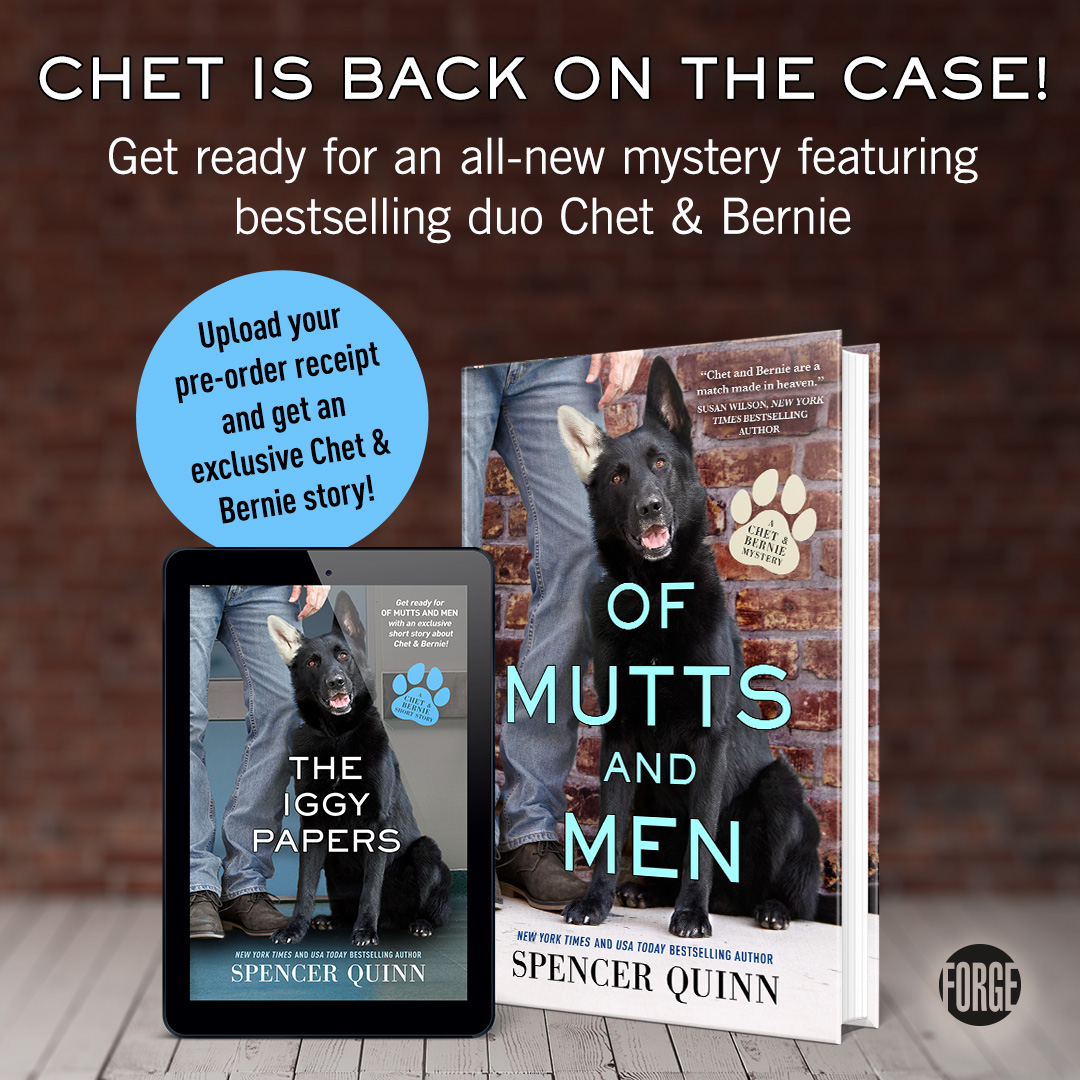 Pre-order Of Mutts and Men and submit your receipt to get a digital copy of the short story "The Iggy Papers" emailed to you on 7.7.20!

Spencer Quinn's Of Mutts and Men is the latest in the New York Times bestselling series that the Los Angeles Times called “nothing short of masterful.”

When Chet the dog, “the most lovable narrator in all of crime fiction” (Boston Globe), and his partner, PI Bernie Little of the desert-based Little Detective Agency, arrive at a meeting with hydrologist Wendell Nero, they are in for a shocking sight—Wendell has come to a violent and mysterious end. What did the hydrologist want to see them about? Is his death a random robbery, or something more? Chet and Bernie, working for nothing more than an eight-pack of Slim Jims, are on the case.
Bernie might be the only one who thinks the police have arrested the wrong man, including the perp’s own defense attorney. Chet and Bernie begin to look into Wendell’s work, a search that leads to a struggling winemaker who has received an offer he can’t refuse. Meanwhile, Chet is smelling water where there is no water, and soon Chet and Bernie are in danger like never before.