Enter for a chance to win all three advance copies! 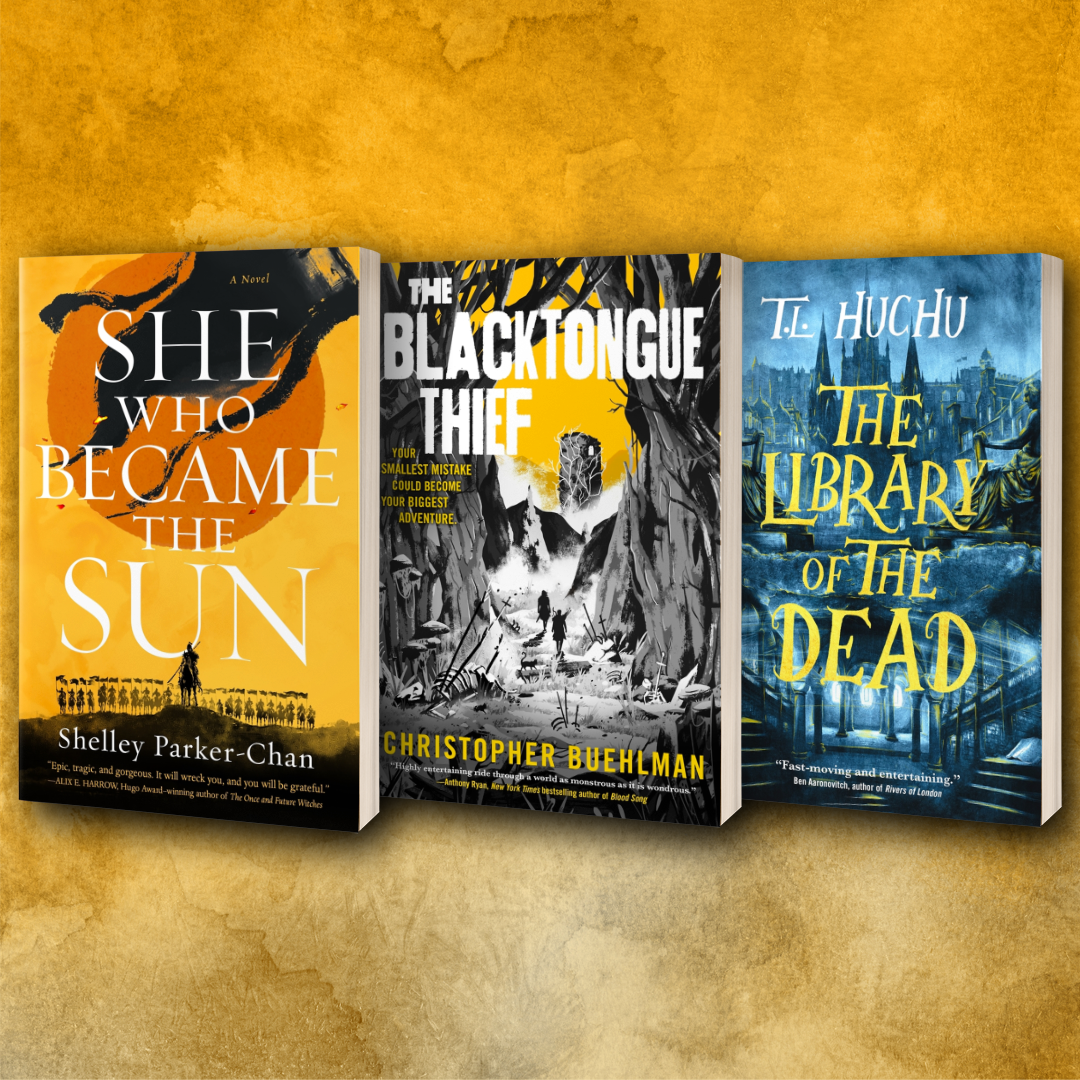 Shelley Parker-Chan's She Who Became the Sun is a bold, queer and lyrical reimagining of the rise of the founding emperor of the Ming Dynasty.

Christopher Buehlman's The Blacktongue Thief begins a fantasy adventure unlike any other, set in a world of goblin wars, stag-sized battle ravens, and assassins who kill with deadly tattoos.

T. L. Huchu's The Library of the Dead is a sharp contemporary fantasy that follows a precocious and cynical teen as she explores the shadowy magical underside of modern Edinburgh.