Dan Rather and Elliot Kirschner with art by Tim Foley

In this graphic novel adaptation of his bestselling collection of essays, legendary news anchor Dan Rather provides a voice of reason and explores what it means to be a true patriot.

Brought to life in stunning color by artist Tim Foley, What Unites Us: The Graphic Novel takes apart the building blocks of this country, from the freedoms that define us, to the values that have transformed us, to the institutions that sustain us. Rather’s vast experience and his unique perspective as one of America's most renowned newscasters shed light on who we were and who we are today, allowing us to see a possible future, where we are one country; united. 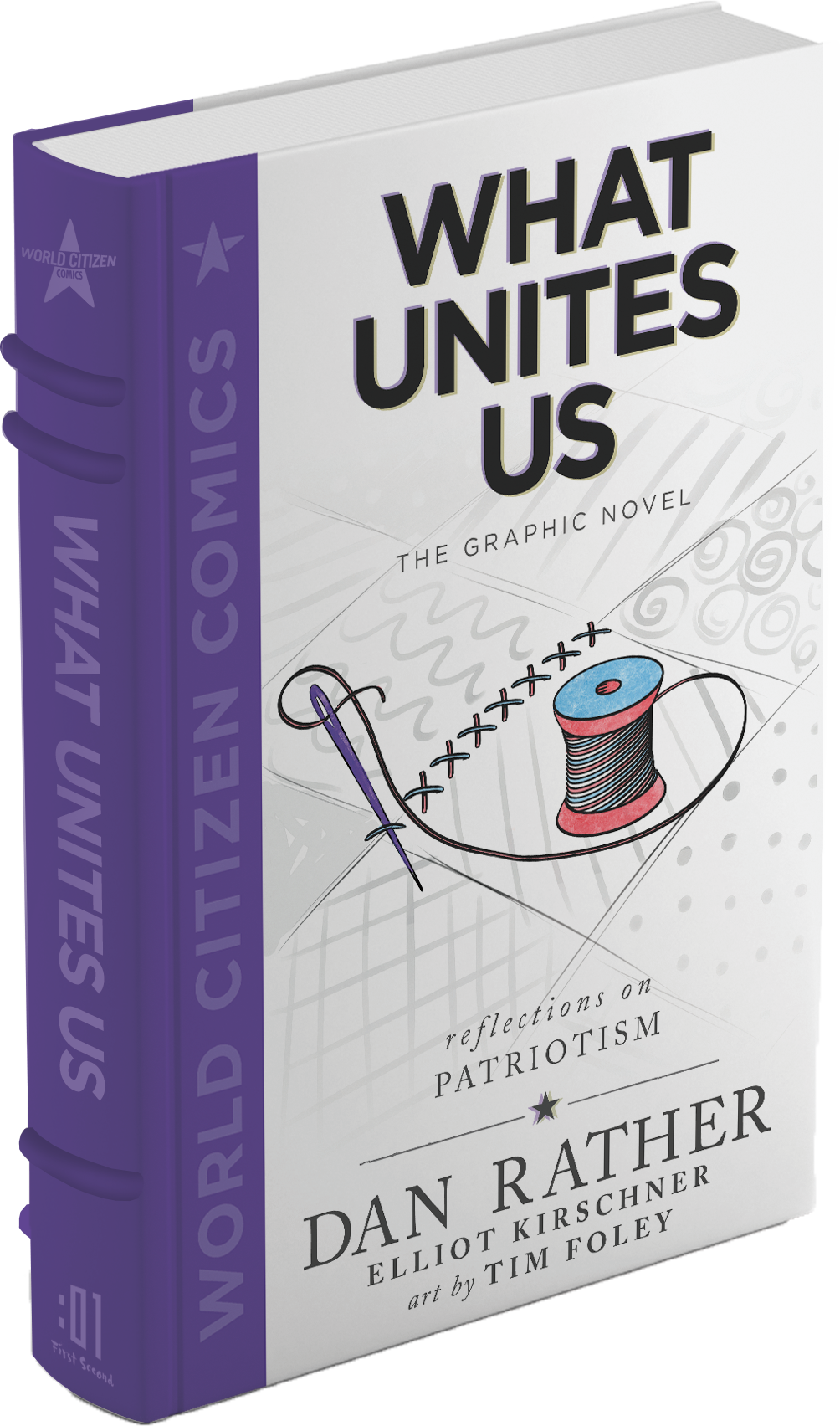 Dan Rather joined CBS News in 1962, and in 1981 he assumed the position of Anchor and Managing Editor of the CBS Evening News, which he held for twenty-four years. His reporting helped turn 60 Minutes into an institution, launched 48 Hours as a newsmagazine program, and shaped countless specials and documentaries. Upon leaving CBS, Rather created the Emmy Award-winning Dan Rather Reports on HDNet. He is the founder, president, and CEO of News and Guts, an independent production company that specializes in high-quality nonfiction content across a range of traditional and digital channels.

Elliot Kirschner is a New York Times bestselling author and Emmy award winning news producer and documentary filmmaker. Growing up he was captivated by his grandparents recounting a world very different from his own. After studying American history and literature at Harvard, he spent nearly 20 years in New York City, where he began his long collaboration with Dan Rather. He recently helped launch the Wonder Collaborative, an experiment in science filmmaking in his native San Francisco, where he lives with his wife Malia and daughters Eva and Helena who think he tells the best bedtime stories.