Fault Lines in the Constitution

The Framers, Their Fights, and the Flaws That Affect Us Today

Back in 1787, after 116 days of heated debates and bitter arguments, the United States Constitution was created. This imperfect document set forth America’s guiding principles, but it also introduced some of today’s most contentious political issues, from gerrymandering to the electoral college to presidential impeachment.

With colorful art, compelling discourse, and true stories from America’s past and present, Fault Lines in the Constitution: The Graphic Novel sheds light on how today’s political struggles have their origins in the decisions of our Founding Fathers. Children’s book author Cynthia Levinson, constitutional-law scholar Sanford Levinson, and artist Ally Shwed deftly illustrate the contemporary problems that arose from this founding document—and offer possible solutions to them. 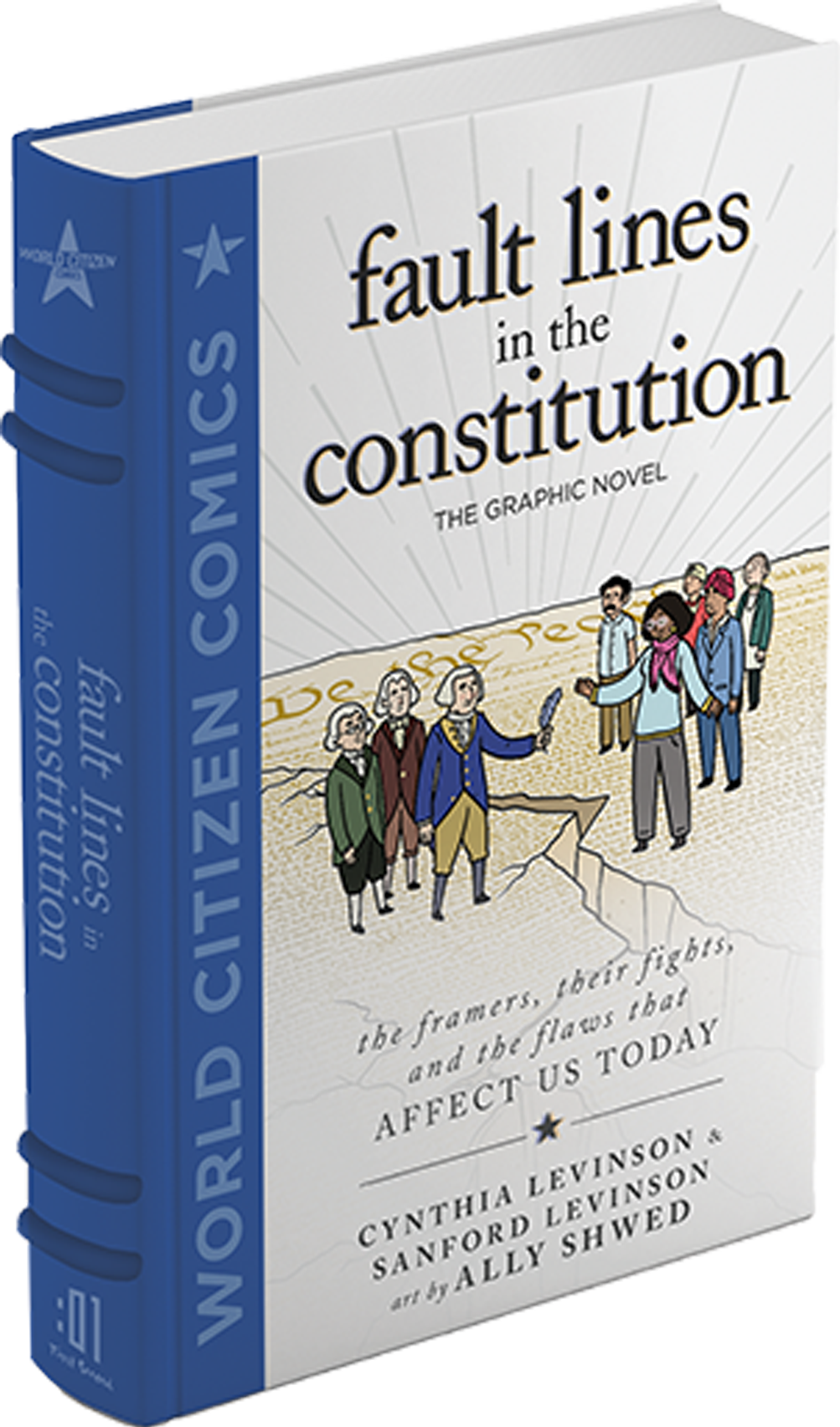 Cynthia Levinson writes award-winning nonfiction books about social justice for young readers, including The Youngest Marcher and Watch out for Flying Kids. She also braids bread with six strands, juggles up to two balls, and takes a constitutional most days. The co-athors have four thoroughly splendid grandchildren and divide their time between Austin, Texas and Boston, Massachusetts.

Sanford Levinson is a professor both at the University of Texas Law School and the University of Texas at Austin Department of Government. The author of many books on the U.S. Constitution and other subjects, he is a member of the American Academy of Arts and Sciences and received the lifetime achievement aware of the Law and Courts Section of the American Political Science Association in 2010.

Ally Shwed is a cartoonist, writer, and editor, originally from Linden, New Jersey. She received her Master of Fine Arts degree in Sequential Art from the Savannah College of Art & Design and has worked with The Boston Globe, Topic, Jezebel, and The Intercept. She regularly contributes to the comics journalism website The Nib and is the editor-in-chief of Little Red Bird Press, a comics publisher and printmaking studio. She currently lives in Belmar, New Jersey with her partner, cartoonist Gerardo Alba, and their cats, Egon and Schneider.