In this volume of the World Citizen Comics series, Ian Rosenberg and Mike Cavallaro create a practical framework for appreciating where our free speech protections have come from and how they may develop in the future.

Freedom of speech is fiercely defended in America and has been since the First Amendment was written. But how does it work, and what laws shape it? Drawing on parallels between ten seminal Supreme Court cases and current events, Free Speech Handbook lays out the fundamentals of First Amendment law in an accessible and engaging way. 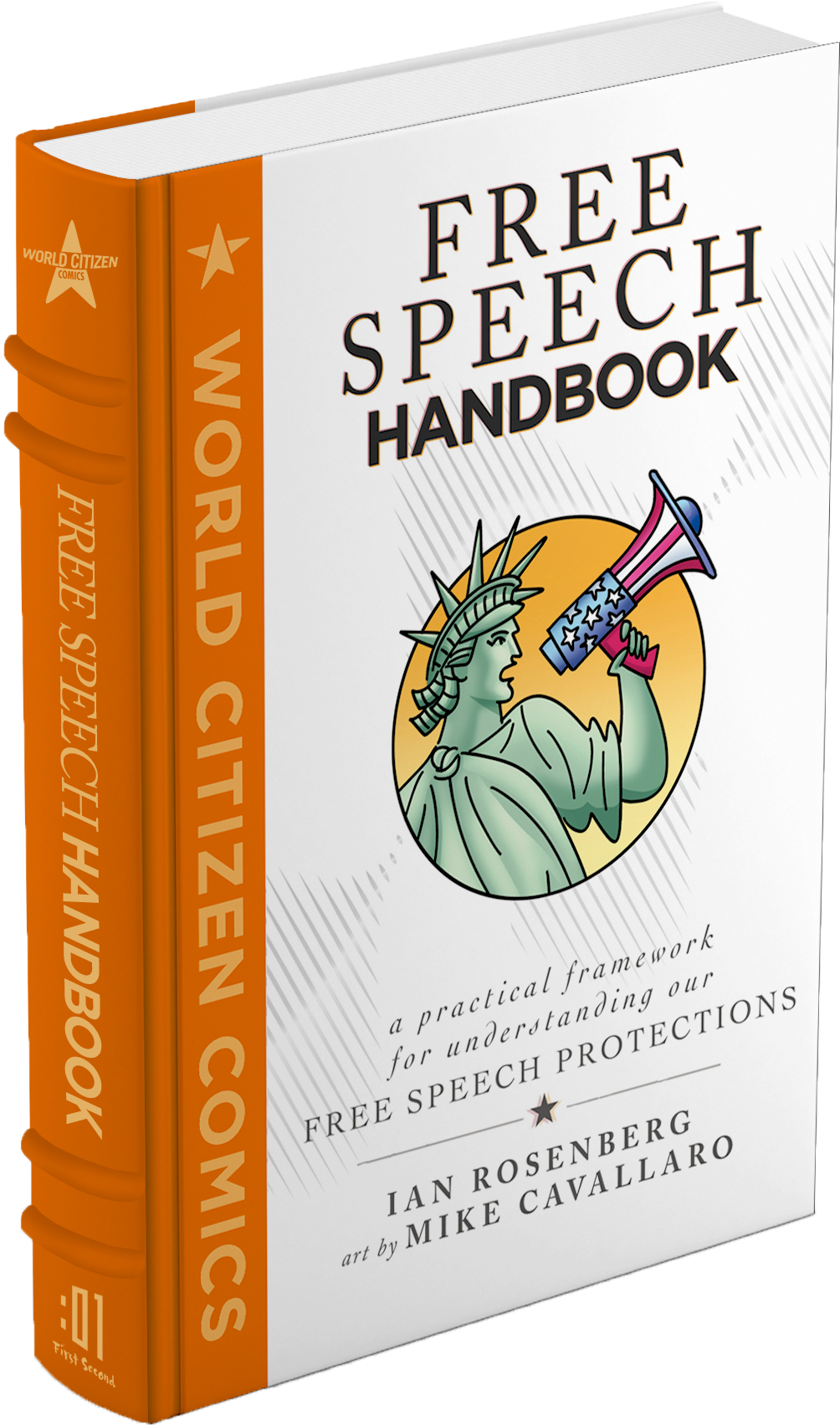 Ian Rosenberg has over twenty years of experience as a media lawyer, and has worked as legal counsel for ABC News since 2003. A graduate of Cornell Law School, he is an Emmy-nominated documentary filmmaker, and teaches media law at Brooklyn College. He is the author of The Fight for Free Speech: Ten Cases That Define Our First Amendment Freedoms (NYU Press 2021).

Mike Cavallaro is from New Jersey and has worked in comics and animation since the early 1990s. His comics include Eisner Award–nominated Parade (with fireworks), The Life and Times of Savior 28 (written by J.M. DeMatteis), Foiled and Curses! Foiled Again (written by Jane Yolen), Decelerate Blue (written by Adam Rapp), and The Nico Bravo series.